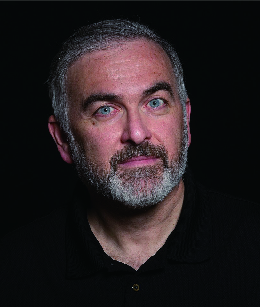 Wendy Bickmoreis Director of the MRC Human Genetics Unit, Institute of Genetics and Molecular Medicine at the University of Edinburgh. She is fascinated by the structure and organization of chromatin in the nucleus. Her group showed that different human chromosomes have preferred positions in the nucleus, related to their gene content, and addressed how genes are organized and packaged in the nucleus and how they move in the cell cycle and during development. She demonstrated that the polycomb repressive complex functions by compacting higher-order chromatin at target loci. Current research inWendy Bickmore’slaboratory focuses on how the spatial organization of the nucleus influences genome function in development and disease, including how enhancers communicate with their target gene promoters. Wendy is an EMBO member, a Fellow of the Royal Society and of the Academy of Medical Sciences. She was the president of the Genetics Society of Great Britain from 2015 to 2018. She is an editor on many journals including PLoS Genetics and Cell.

Whilst we have the technical ability to sequence human genomes at scale, we lack the knowledge to understand what most of that sequence does. Most of the human genome (>90%) does not contain protein-coding genes and there are vast tracts of inter-genic space. Much of that genomic space contains enhancers that regulate the expression of genes in time and space. In contrast to the 20,000 or so genes in our genome, there may be hundreds of thousands, or even millions, of enhancers. Remarkably, enhancers can be found as far away as 1 megabase from the target gene whose expression they control, and they can also be embedded in the introns of other genes several genes away from their target gene. In the face of this regulatory complexity how can we understand the functional significance of genetic variation in the non-coding genome?

Deletion, translocation or point mutations can abrogate the function of enhancers in Mendelian diseases associated with severe phenotypes. However, the majority of human genetic variation associated with common disease and quantitative traits also maps to inter-genic regions that are likely the site of enhancers. Therefore, lessons learnt from studying enhancer dysfunction in rare disease will be important for an understanding of milder phenotypes. I will describe our efforts to determine the pathogenicity of sequence variation in enhancers associated with both Mendelian and common disease.

It is hard to envisage how distant enhancers function if one only considers the genome as a linear DNA sequence. Rather, three-dimensional chromatin folding in the nucleus must play a fundamental role in enhancer-promoter communication. I will describe our work using different experimental approaches to investigate and manipulate the three-dimensional folding of the mammalian genome at genetically defined long-range regulatory elements. Models of enhancer function from chromatin looping to linking and tracking will be discussed.